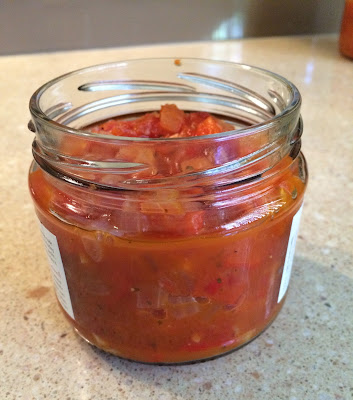 After a relish to top your steak? Or to dip crackers into? I went on a quest to replicate a delicious store-bought relish earlier this year, and this was the result. A spicy, slightly acidic, slightly sweet, savoury tomato and capsicum relish. Certainly a healthier alternative to drowning your meat in tomato sauce (which I must admit I did as a kid, and well into teenage hood), and a much more natural, chunky, adult-tasting version.

I used some of the same techniques from my arrabbiata sauce recipe, blanching fresh tomatoes and roasting my own red capsicum. You certainly could make a few shortcuts and used canned chopped tomatoes and store-bought roasted capsicum if you were a little time-poor (and let's face it- who isn't?). But I think the real joy of this is being able to make the entire thing from scratch. Who knows, your homemade relish could become a nice little Christmas present for loved ones? 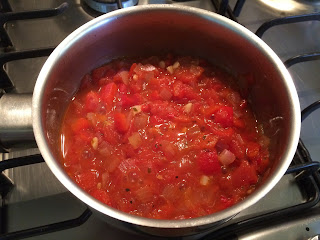 Note: to sterilize a jar, wash in hot soapy water, rinse and dry well. Place in the oven at 120°C for 20 minutes. Remove from oven and immediately fill with sauce. 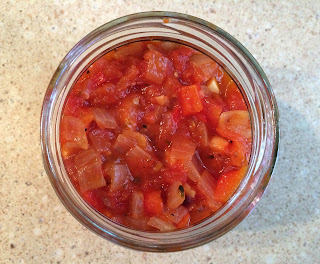 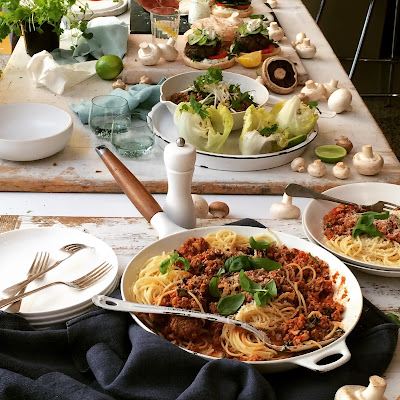 Move over sunlight- just one serve of this vegetable provides you with all of your vitamin D… Can you guess the vegetable? It's mushrooms! That's right, just 100g of sunbaked mushies (equivalent to 3 button mushrooms) provides 100% of the recommended dietary intake (RDI) of vitamin D.

Now, before we get to the sunbaked part, you might be surprised to learn that in a warm, sunny country like ours, surrounded by beautiful beaches,  60% of women and 40% of men are vitamin D deficient. Right now, at the end of winter, our vitamin D levels are at their lowest, and if you're an office worker, older person, have naturally dark skin or just tend not to spend much time outdoors, you could certainly be at risk of deficiency.

Vitamin D is an essential nutrient, most commonly gained through sunlight exposure (though also in small quantities in some foods, like oily fish and eggs), which helps the body better absorb calcium which we know is vital for strong teeth and bones and helping to prevent conditions like osteoporosis.

Sunbaked mushrooms to the rescue!

Now it might sounds funny that a fungi which grows in dark places could be high in vitamin D, but that's where the sun baking comes into play. Mushrooms naturally contain the precursor to vitamin D (called ergosterol), and when exposed to UV light, this is converted to vitamin D as we know it.
How do you reap the benefits? Simply sit your regular mushrooms out in the sun for an hour and cook as you normally would. For something even easier, many supermarkets (including the large chains) now sell 'vitamin D mushrooms' which have already been exposed to short bursts of UV light. Look for them next time you're stocking up on veg. 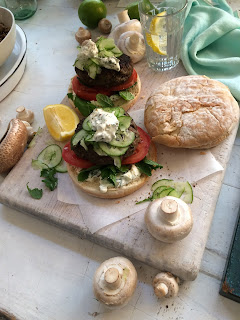 Add a few mushrooms to your next meal…

Credit: Photos photographed by me but styled by Janelle Bloom and Annette Forest at the Power of Mushrooms event in Sydney last weekend. For more info and recipe inspiration check out http://www.powerofmushrooms.com.au.
Posted by Unknown at 16:46 1 comment: 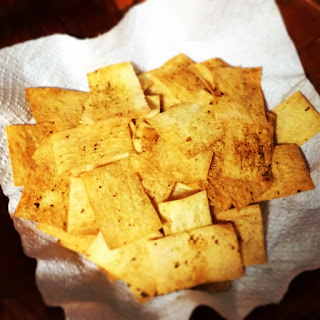 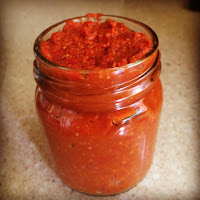 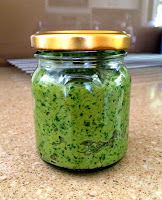 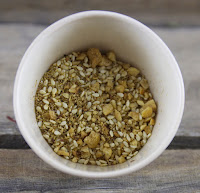 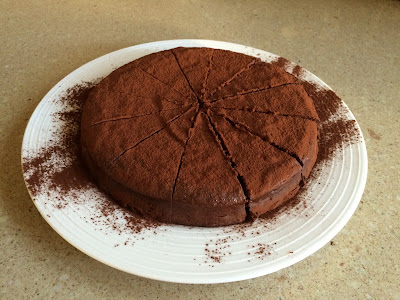 It was my birthday last week. Yep, I turned the ripe old age of 24! (I can hear some of you scoffing from here…). I find myself having to do all sorts of adult things like organising my tax return, freaking out about never being able to afford a house in Sydney and watching my school mates get engaged and have babies! But am I too old for cake? Never! This year I couldn't decide what type I wanted so I extended my birthday out to two weeks (the mature decision) and had lemon meringue pie one week and this dark chocolate mousse cake the next. Mmm… 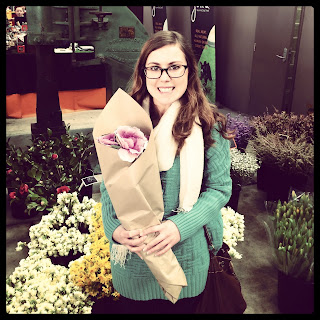 This recipe was adapted from an Eating Well recipe for chocolate decadence cake, and decadent it certainly is! Yet it's light enough that it doesn't feel heaving and rich enough that a small piece satisfies- winner! Certainly still a sometimes cake which I reserve for celebrations, but a healthier version nonetheless. 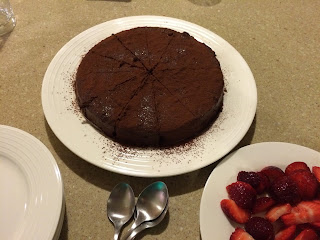 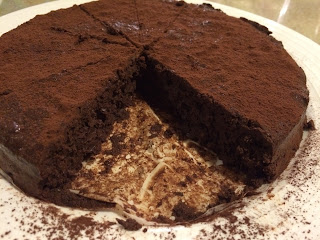 Email ThisBlogThis!Share to TwitterShare to FacebookShare to Pinterest
Labels: Recipe

Is #raw food really all it's hyped up to be? 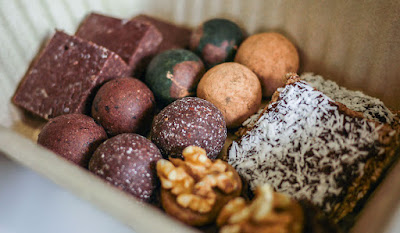 I don’t know about yours, but my Instagram feed has been flooded with pics of ‘raw’ cakes, cookies, slices and bars. And they certainly look amazing. But do they live up to the hype?

The idea behind a ‘raw’ diet is to avoid cooked and processed foods, eating a diet comprising mostly of fruit, vegetables, nuts and seeds (and sometimes raw fish or meat, unpasteurised dairy and grains). It essentially means leaving behind the oven, stovetop and microwave and pre-packaged foods and eating a lot more fruit and veg.  Think salads, smoothies, snacks of nuts and seeds and plenty of fruit. Many raw food mavens also seem to be getting quite experimental with making raw versions of treat foods (hence the reason for my current Instagram feed).  The purpose of this ‘lifestyle’ is to improve overall health and slow aging by eating foods that haven’t been heated and hence retain all of their nutrients.

There are many 'applaud-able' features of this way of eating. For example: 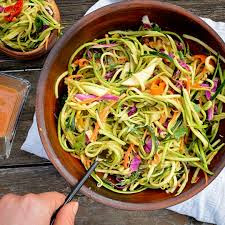 But there are also some major flaws: 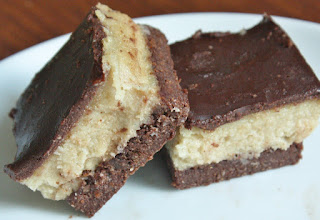 Then there’s the elephant in the room which I haven’t yet brought up: the fact that most of these ‘raw’ desserts look a hell of a lot better than they actually taste (with the exception of my ‘raw’ choc hazelnut cups ;)). But even the ones that taste good, still are nothing like their creators claim them to be (chocolate brownie, caramel slice, cookie dough balls, cheesecakes- I mean, please!), so they can be a far cry from satisfying that craving.

Many do contain healthy ingredients like dates, cocoa/cacao powder, nuts and seeds, but they’re so rich thanks to the nut fats and coconut oil and maple syrup or agave syrup (or whatever other ‘sugar’ is the current flavour of the month), that they can contain more kilojoules and saturated fat than a Tim-Tam! Don’t be fooled, these are certainly still ‘sometimes foods’.

Oh, and another thing? Processing and heating aren’t all bad! They've brought us a lot of things that make a healthy diet in a busy lifestyle possible and I don’t know about you, but I think it’s way too cold at the moment to survive on salads and smoothies and phony Snicker’s Bars! 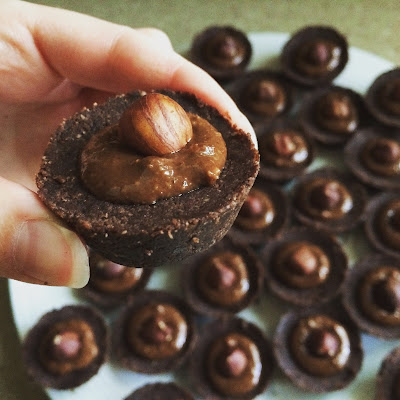 Raw, gluten free, dairy free, sugar free treats are blowing up on Instagram and all sorts of social media at the moment. And while I don't agree that these types of restrictions are a necessary part of a healthy (or any) diet, these certainly do taste good! And sometimes you need a sweet, pick-me-up treat that makes you feel as good as it tastes when you eat it. I experimented with a bliss ball recipe and some mini muffin trays to make these, and the only real requirement is strong hands for pressing the mixture into shape! 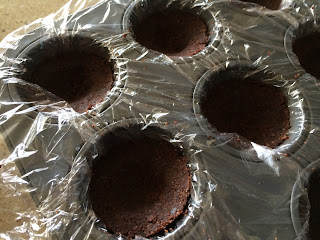 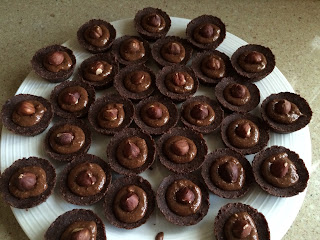 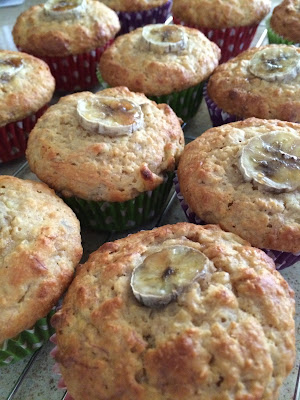 Banana muffins are one of those baked goods I think we all have a recipe for, hidden somewhere amongst the recipe books. They're a great way to use up over-ripe bananas, make a delicious lunch box snack or mid-afternoon treat, and the smell that fills your kitchen while they're baking is like nothing else!

I thought I'd share with you my favourite healthy banana muffin recipe, adapted from the millions that are out there, to form the only one you'll ever need… 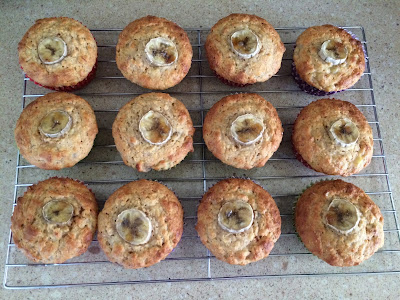 My Most Popular Posts